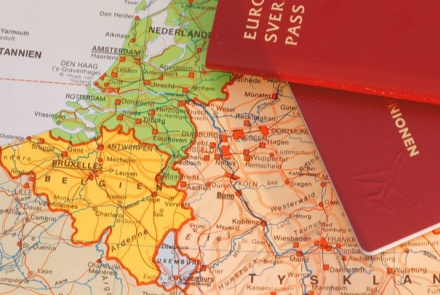 Belgium is one of the most cosmopolitan countries in Europe. Three official languages, 11 million inhabitants, of which at least 10% are immigrants from different countries.

The capital, Brussels, is a symbol of EU political power and the center of European political life, in which at least 30 percent of the population is foreigners, of which about 40,000 are EU employees, 4,000 are NATO.

So is there a chance to become a full member of such an extraordinary community?

In accordance with the laws that entered into force in January 2013, individuals applying for Belgian citizenship must:

There is also an “accelerated” naturalization option. But if in the past (until 2013), it was enough for the applicant for citizenship to live in Belgium for three years and prove “close ties” with Belgium, now the conditions have changed: it is necessary to demonstrate “outstanding services to the country” in areas such as culture , sport or science.

Previously, the accelerated version was considered to be very vague, but after making changes, it became almost unattainable "for mere mortals."

Government officials have repeatedly stated that the amendment of the citizenship law was aimed at significantly limiting the number of foreigners applying for naturalization. Moreover, this goal is achieved (and has already been achieved) not only through "toughening the law", but also by strictly monitoring the fulfillment of the requirements for applicants. And here neither the applicant’s social status, fame, nor his financial condition are taken into account ...

It is no secret that many immigrants living in the EU often prefer not to change permanent residence status and not apply for citizenship. This position is very characteristic and justified, but not for Belgium.

In a small country, where the overwhelming majority of highly educated fellow citizens live in cities (far from the size of megalopolises), it is extremely important to feel equal with neighbors for well-being and harmony. And to be a citizen is one of the components of such emotional balance.

Therefore, many expats who began by the stating that there is no practical need for naturalization in Belgium, after some time, radically change their point of view: for those living in Belgium and working in Belgium, in order to feel comfortable, they should integrate socially and take responsibility to become Belgian citizen.

So how do you get “Belgian citizenship” in practice? The most real way is business - immigration. In other words, you should do business in Belgium and through employment in your own company (that is, registered in Belgium) obtain a residence permit, then permanent residence, and after five years - apply for naturalization.

Real way? Yes. Costly? Yes. But if you have an existing business, then it’s quite feasible. The main condition is that the company must have a positive balance, regularly pay its employee (expat) wages (from 40,000 to 66,000 euros per annum, depending on the type of work permit, the level of wages is indexed annually) and pay taxes required by law.

Taxes are serious in Belgium: for personal income - 38% in the amount of 38,000 euro and 50% for exceeding this amount; social insurance - 13% for employees and 25% for employers; and corporate profits - 33% for incomes exceeding 325,000 euro . But a very flexible and effective system of deductions and benefits is provided.

“Dependent family members” (spouse, children under 18) are on the path to citizenship with the main applicant together. For employment, it is enough to have rented housing.

It should be noted that the “acquisition” of citizenship through business is an extremely effective procedure. The applicant easily proves the economic integration (business & taxes) and social orientation of intentions (business & housing). It remains only to demonstrate knowledge of the language.

And the last one. The procedure for acquiring Belgian citizenship in terms of costs & terms is very attractive. The technology for achieving the result is transparent and in practice does not crash.