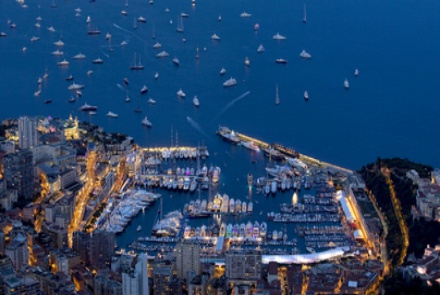 Play for high stakes: how to become a citizen of Monaco.

Multimillionaires are extremely selective in their choice of place of residence, and Monaco is one of the few countries that satisfy their needs.

Financially independent (and in other words, wealthy) citizens, on the one hand, fully value their sovereignty, on the other hand, they are prone to mobility (changing their main place of residence), at that by the whole family, at any time and sometimes without any good reason. Very rich prospects open before them: Australia, the USA, Canada, Switzerland, Austria, Cyprus, Italy ... The loads of countries and programs that are ready to satisfy even the most demanding migrant is amazingly diverse.

Another thing when it comes to ultra-high-powered individuals who do not want to leave Europe. Then, according to most experts in the field of immigration, the choice narrows to only three areas: Monaco, Switzerland and the United Kingdom.

Moreover, the advantages of Monaco with its compactness and beautiful Mediterranean climate look very convincing. It is claimed, for example, that Monaco is the safest place in the world. The country's population is nearly 40,000, and the number of police officers is slightly below 600. That is, for every police officer there are 80 citizens. In addition, over 500 surveillance cameras are strategically located along the borders. This allows the police to control almost every corner of the principality.

What about military power? The army of Monaco consists of 82 troops, which is less than the principality’s military orchestra with 85 musicians.

Monaco is a celebrity club. On the streets it is easy to encounter both the royals from the House of Grimaldi, and with one of the Formula 1 racers or with Ringo Starr himself. Russian speech is far from rare. So there is a chance to feel almost at home.

But do not flatter yourself. Not everyone has been given a chance to participate in the celebration of life in Monaco, for this at least significant financial resources and an impeccable reputation are required. Moreover, reputation is important not only in order to receive an “entrance ticket” - a resident card. It is simply necessary for those who hope to benefit from contacts and surroundings after moving. To understand who might be among potential neighbors: there are currently more than 2,500 millionaires living in tiny Monaco, each of whose assets are valued at more than € 10 million. Monaco is the leader in the world ranking of countries in terms of per capita income - about € 2 million. For those who are the second and the third in this list - Liechtenstein and Luxembourg, values ​​of the order of € 700,000 and € 350,000 are characteristic.

The authorities are convinced that if even to accept the new “club members”, then at least they should be equivalent in terms of material well-being.

That is why, in order to start the procedure for obtaining resident status, it is necessary to open an account in one of the banks of Monaco and “present” own financial assets, placing, for example, part of the funds on a deposit that will remain inviolable for the duration of the stay in the principality. The deposit amount is the prerogative of the bank, but be guided by the amount of € 500,000. Of course, questions arise about the source of funds. In exceptional cases, the bank may request a client's tax return, as well as corporate tax returns, if the client owns a business.

The next step is renting or purchasing a home. In Monaco, there are no problems either with offers or with agencies that will help you find the right property. The only obstacle is the cost. For understanding: a luxurious mansion in the suburbs of Moscow can be exchanged (due to equal market prices) for a studio apartment in Monaco. If there is no desire to part with several million euro at once, then it is more expedient to rent an apartment. According to Knight Frank (The Wealth Report 2018), the cost of one square meter of housing in Monaco is higher than in Hong Kong, New York, London or Singapore. Honorable first place with a decent margin from competitors.

Trustworthiness. Formally, the issue is decided by submitting criminal record certificates from all countries where the future resident has lived for the past five years. In fact, the issue may not be limited to these certificates: the authorities are entitled to demand any documents related to the applicant’s personality and members of his family.

However, it makes no sense to specify the contents of a package of documents to obtain resident status, especially when it comes to financially independent applicants. Let's pay attention to something else. If the applicant is a citizen of a country of the European Economic Area, then this fact gives the right to submit documents in the territory of Monaco. Third-country nationals first have to apply to the French Consulate in their country of permanent residence to obtain a visa D, after which they must enter the country and finalize their documents. The only exception is property owners in Monaco, provided that the latter apply to the Minister of the Interior and receive permission to submit documents to the French Consulate in the Principality.

Once the application has been submitted (or D visa has been obtained), it is advisable to start preparing for an interview with representatives of local immigration authorities. Interviews are one of the central points of the whole procedure. The applicant will be asked tricky questions regarding his personality, family members, business, origin of funds, etc. For a positive result, a thorough rehearsal with a detailed discussion of topics relevant to the case will be required. Sometimes completely unexpected questions are formulated, such as: “At such a young age it is not possible to earn such a huge fortune” or “It is strange that you don’t know what school your ex-spouse went to” ... But do not dramatize. Many who have gone through the interview call it more like “confession with prejudice,” so intelligible and truthful answers are welcome.

If, after a short wait (about eight weeks), a resident card (carte de sejour temporaire) is received, it means that there is a whole year ahead to enjoy the luxurious life on the Cote d'Azur. It remains only to reasonably dispose of the opportunity and, first of all, tax benefits.

A well-known fact, Monaco earned its reputation as a “haven for the rich" long before other countries entered the "tax havens" competition. In fact, the principality decided to abolish the income tax almost a century and a half ago. This tradition remains unshakable to this day. And what is not in doubt (and very important from the point of view of long-term planning) - the change in tax legislation has no basis. When it comes to taxes for individuals (with the exception of French citizens, for whom special regimes apply), you should keep in mind only the inheritance tax in respect of assets located in the principality. Rates depending on the degree of kinship range from 0% (for a direct line of offspring) to 16% between persons not related to kinship.

In connection with the “zero taxes”, a sensitive issue is often discussed: moving to Monaco - an ordinary attempt to escape from taxes or a long-term investment (especially with the right emphasis), aimed at increasing and maintaining wealth? The answer does not lie on the surface, and it is hardly possible to speak of any laws. But given the complexity and duration of integration into the closed club of Monaco, not everyone can survive this period.

As a rule, the first two years of "tax-free paradise" fly very quickly. At the end of the second year, either disappointment comes to an end with the decision for next relocation, or a decision is made to extend your stay on the Cote d'Azur for a long period. But this is a theme of another story.